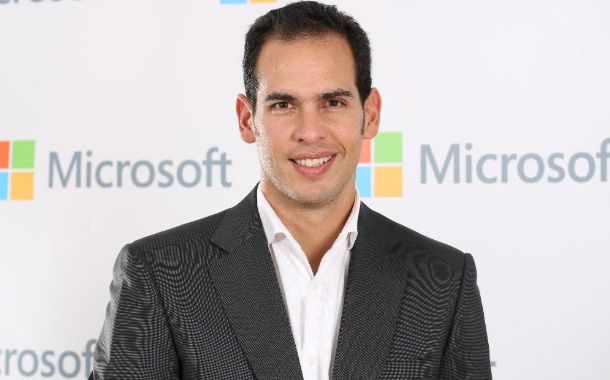 Five million jobs are expected to be lost to automation by 2020. That may sound like a scary figure, but as these roles disappear, new jobs are set to spring up in their place. In fact, 80 percent of the jobs we expect to see as soon as 2025 don’t even exist yet.

According to research conducted by IDC and Microsoft, cloud computing will potentially generate more than 515 000 jobs across key markets in the Middle East and Africa between 2017 and 2022– and these are not confined only to the IT profession. These jobs will span across areas including marketing, sales, finance and administration, production and service. In fact, there are several jobs already exist that we hadn’t even thought about a decade ago:

Cloud & AI Specialist
Ten years ago, if you said you work in the cloud, you would have been met with some confusion. Today, more than half of US businesses use the cloud. Businesses in the Middle East and Africa aren’t far behind with cloud datacentre traffic expected to grow 440 percent by 2020.

It’s no surprise that cloud computing specialist jobs have seen significant growth. Between 2008 and 2013, these jobs saw growth of 1,700 percent.  And with the advent of Artificial intelligence, Machine Learning and other technologies in the intelligent cloud, the skills gap in the current workforce will continue to grow and must be addressed on a large scale.

The AI Summer Camp announced by HE Omar bin Sultan Al Olama, Minister of State for Artificial Intelligence, is a great initiative that speaks directly to addressing and bridging the skills gap in today’s youth. The Summer Camp is the region’s first initiative that is expected to attract more than 3,500 students and is built to support the efforts of knowledge transfer and building a generation capable of adopting advanced technology, in developing solutions for various future challenges.

Under the leadership of HE Sultan Al Olama, Microsoft is proud to be part of this initiative and support the camp’s focus on developing mechanisms to apply the UAE Strategy for Artificial Intelligence, which aims to make the UAE a leading country in the recruitment of artificial intelligence technologies in various vital sectors.

Earlier this year, Microsoft also signed a memorandum of understanding with the Dubai Future Foundation to support the “One Million Arab Coders” initiative. This aims at bridging the cloud skills gap amongst youth to build a future-ready workforce, accelerate innovation, economic competitiveness, and smart initiatives in the country as well as in the wider region. These much-needed trainings will include Cloud Application Development, Artificial Intelligence and designing cloud solutions, as well as hands-on opportunities to apply new knowledge.

With data volumes growing at a rate of 40 percent per year thanks to the cloud, it’s no wonder people who can analyse and process all this information are in high demand.

Big data analysts are tasked with collecting and interpreting large data sets to find insights that give their company the competitive edge.

In fact, data scientist has been named the best job in America for three years running, with an average job satisfaction score of 4.2 out of five according  to Glassdoor’s 50 Best Jobs In America For 2018.

According to the Africa Data Forum, there is a shortage of data science skills in the continent compared to the growing demand for data analytics. This presents an opportunity for African citizens to find employment if they are simply able to acquire these much-needed skills.

Although taxis have existed for decades, we certainly couldn’t see their location via our phone, pay without using cash and give the drivers a rating. Ride-sharing services have created thousands of job opportunities across the world, serving over eight million users in 70 different countries.

How does the cloud play a role in this job creation? Managing director of IT market research company THINKstrategies, Jeff Kaplan, explains that companies like Uber and Airbnb are poster children for the sharing economy that wouldn’t be possible without the advances in connectivity, cloud and ‘Software as a Service’ we’ve seen in recent years.

So, next time you make use of a ride-sharing service, consider how the cloud is enabling your driver to make a living while at the same time offering you a convenient service.

Interestingly these new jobs may only be temporary as companies across the globe invest in technology for driverless cars. This highlights the reality that while several of today’s jobs have only recently come into existence, some of these are already in decline as new technologies call for entirely new skillsets. In turn, this highlights the need to keep learning to remain afloat in the new world of work.

When you think of autonomous cars, you probably don’t associate them with cloud computing and data analytics. However, that’s exactly the technology that makes autonomy possible. Tapping into a remote cloud computing network, cars can talk to each other to avoid accidents, download up-to-date-maps and traffic information and make potentially life-saving decisions.

That said, driverless cars aren’t able to mend themselves (yet), so engineers, mechanics and software developers who work on these vehicles will be also increasingly in demand.

A new kind of worker to do newly created jobs

These newly created jobs will belong to a new kind of worker. They require new skills, an entrepreneurial approach, flexibility, agility and the ability to learn, unlearn and relearn new skills quickly.

Education is the first step in ensuring we are up to the challenge. It’s evident that learning new and more relevant digital skills is vital if we are to survive in a world increasingly steered by technology.

Rather than eliminating jobs, the cloud is creating new and different jobs. The key is to equip ourselves with the skills we need to evolve along with the world of work.

Earlier in March this year, Microsoft also announced that it will deliver its trusted, secure and versatile cloud from new dedicated Datacenters in the UAE, as part of the company’s ongoing commitment to digital transformation in Middle East and Africa. This will see a rise in cloud adoption, and hence require the region’s IT workforce to upskill and prepare for emerging Datacenter technologies and devise their strategies for transformation accordingly.  To this end, Microsoft hosted the region’s first Gulf Datacenter Community meetup, by bringing together the world’s leading experts to engage the regions ICT professionals as a community and establish best practices in the cloud and other technologies.

The Middle Eastern & Africa region is poised to compete at a global level when it comes to cloud technologies. If we can equip ourselves with skilled IT workers to help us navigate this relatively unfamiliar territory, we will be equally well-positioned to grow our economies more effectively to compete on a global scale and achieve more.