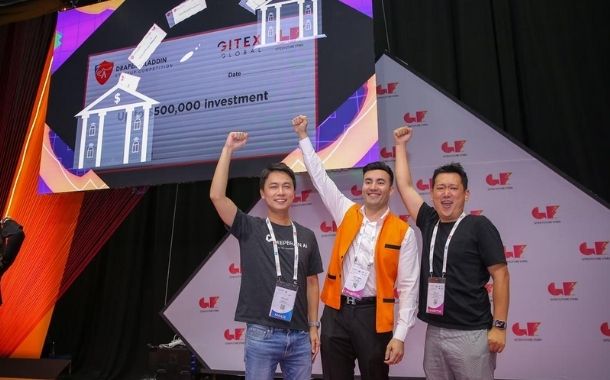 Deepbrain AI, a Korean startup that provides empathising and communicating Ai Human services based on conversational artificial intelligence technology, has been announced as the winner of the 2021 Gitex Global Future Stars’ Supernova Challenge – securing the top prize of $55,000.

This year’s edition of the Supernova Challenge introduced the brand-new Draper-Aladdin prize, awarding one company up to $500,000 in funding from legendary venture capitalist Tim Draper, the investor who has backed 30 former unicorns including Hotmail, Skype and Tesla.

A significant feature of Gitex Gobal x AI Everything 2021, Gitex Future Stars underlined its status as the leading regional platform for startups, through unrivalled in-person industry interaction and the creation of new business opportunities.

This year’s Supernova Challenge attracted 120 game-changing startups from 36 countries for three days of challenges in front of a high-caliber panel of expert investors, after which the top 12 were selected for a final challenge in the battle for the region’s biggest prize and coveted GitexFuture Stars Supernova Champion title.

Following an intense final round of pitching involving startups from Korea, France, India, the United States, Saudi Arabia, Serbia and Japan, Deepbrain AI was declared the winner. Eric Jang, CEO of DeepBrain AI, accepted the first prize of $55,000 in funding. He said, “Gitex Future Stars provided a great platform for us to explore the Middle East market. We are honoured to have the opportunity to  participate in the Supernova Challenge – to be able to pitch in front of a panel of incredible judges is amazing, but to win the challenge is something else entirely, – our minds were completely blown.”

With a high level of business cases presented during the competition, the $500,000 Draper-Aladdin prize was split three ways, with Deepbrain AI; Crassula, a Latvia-based company that offers customisable digital banking and payment gateway solutions for Fintechs; and Japanese startup PJP Eye, which that offers an alternative to Li-Ion batteries through carbon-based technology.

Alexey Zhukov, Business Development Manager, Crassula, said “Winning the prize is confirmation that we are heading in the right direction as a business, and we can hopefully look forward to more support from potential investors. The next steps for us involve expanding globally, with the Middle East being one of our top priorities.”

Amal Dokhan, Partner, 500 Startups, one of the judges, said, “It was an honour to judge the Supernova Challenge. Being back at live events and witnessing such talent and energy in one of the region’s leading and most diverse startup platforms has been fantastic. We witnessed a line-up of really top notch-companies, and we’re definitely going to continue the conversation with a lot of them. I loved their energy on stage.”

“As Gitex Future Stars celebrates its 6th birthday by becoming North Star Dubai, we look forward to ushering in a new era for sustainable, future-focused startups in the Middle East and North Africa that strive to deliver technology for good. The Gitex Future Stars Supernova Challenge has once again provided an essential platform for international startups to pitch their ideas to some of the industry’s leading tech entrepreneurs, and we are proud to support startups by connecting them to vital stakeholders and giving them a platform to share knowledge and expertise as they look to build a sustainable future,” said Trixie LohMirmand, Executive Vice President, Events Management, Dubai World Trade Centre.