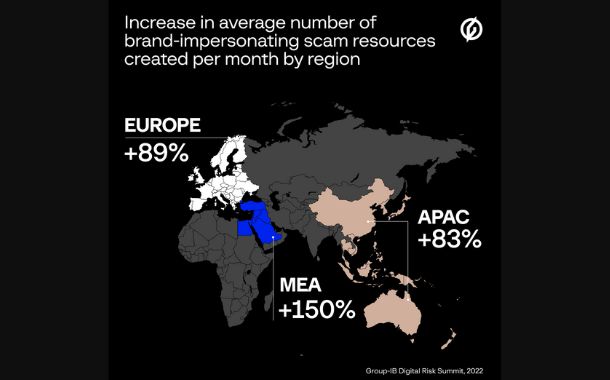 Group-IB, one of the global leaders in cybersecurity, shares its analysis of the landscape of the most widespread cyber threat in the world: scams. Accounting for 57% of all financially motivated cybercrime, the scam industry is becoming more structured and involves more and more parties divided into hierarchical groups. The number of such groups jumped to a record high of 390, which is 3.5 times more than last year, when the maximum number of active groups was close to 110.  The number of brand-impersonating scam resources created per month also increased. In the Middle East and Africa region, Group-IB analysts noted an increase of 150%.

This is more than the rise in the APAC region (83%) and Europe (89%). Due to SaaS (Scam-as-a-Service), in 2021 the number of cybercriminals in one scam gang increased 10 times compared to 2020 and now reaches 100. Traffic has become the circulatory system of scam projects: Group-IB researchers emphasize that the number of websites used for purchasing and providing “gray” and illegal traffic and that lure victims into fraudulent schemes has increased by 1.5 times. Scammers are going into 2022 on a new level of scam attack automation: no more non-targeted users. Scammers are now attracting specific groups of victims to increase conversion rates. Social media are more often becoming the first point of contact between scammers and their potential victims.

With more and more Internet users falling victim to cybercrime every day, fraudsters prefer good old techniques such as phishing (18%), scams and fraud (57%), and malware infections and reputational attacks (25%). In 2021, scams were the most common type of cybercrime.

The number of brand-impersonating scam resources created per month also increased. In the Middle East, Group-IB analysts noted an increase of 150%. 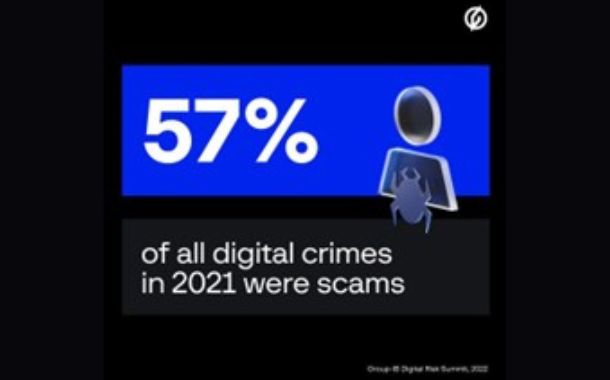 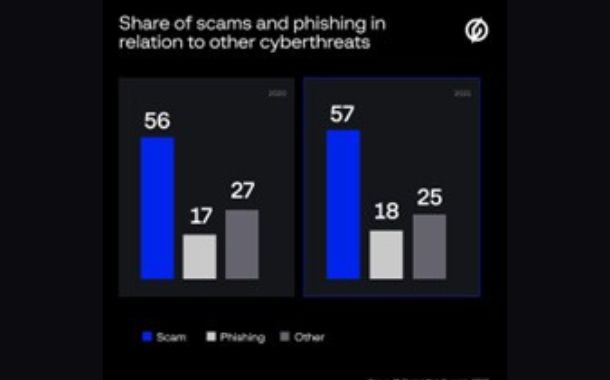 Following hacker groups successfully attacking business and government organizations worldwide, scammers have adopted their methods to improve their schemes. Chaotic loners attract organized criminal gangs with SaaS (Scam-as-a-Service). “A strong trend that we observed in 2021 was no-frills scammers merging into groups controlled by highly technically skilled villains,” says Antony Dolgalev, Deputy Head of Digital Risk Protection at Group-IB. “Group-IB’s AI-based platform identified somewhere between 75 and 110 scam groups last year, and the average number of cybercriminals per group was 10 members. The average number of scam links per group reached 100. SaaS helped grow not only fraudsters’ appetites, but also the industry itself. In 2021 our DRP system tracked 350 groups, reaching up to 390 scam groups at the peak time. The number of cybercriminals in fraudulent groups has increased dramatically, averaging between 100 and 1,000 per group. In turn, their infrastructure has grown proportionally: the average number of scam links per group was between 2,000 and 3,000”.

The number of websites used for purchasing and providing “gray” and illegal traffic increased by 1.5 times. Scammers refused to create and maintain their own resources. Their task was only to attract traffic to third-party resources owned by other scammers for a fee when the theft of money was successful.

“Scammers are now focused on attracting targeted traffic. In the past, their schemes were aimed at unsuitable users who were brought to a fraudulent resource, but since 2021 the strategy has changed drastically. Scammers now attract specific groups of victims to increase conversion rates. The only platform for selling “gray” and illegal traffic earns on average $2,758 per week from one offer to sell illegal traffic,” Mr Dolgalev added. “The statistics relating to grey and illegal traffic on one platform, which was taken as an example by Group-IB DRP analysts, showed that India, US and Vietnam are the main countries where the platform is distributed.”

There was no weak URL targeting. Group-IB experts noted a strong trend towards the use of improved URL targeting: a valid one-off URL, available strictly for a particular user at a specific moment in time, targeted a specific audience. Personalized URLs usually include not only a timestamp and hash, but also geolocation information, the OS version, the browser type, and the name of the Internet provider. There was also no weak content personalization. Fraudsters used improved content personalization with auto-completed web forms on a page with a user’s personal data, extracted from browser cookies.

Digitalization is the main global trend. Fraud is no exception, and the fact that the number of Internet users increased up to 4.95 billion in 2021 contributed to this. Moreover, the number of social media users and unique mobile phone users has also grown and has reached 4.62 billion (+10% compared to 2020). In 2021, 48.15% of scam schemes started with an active dialogue with the victim, experts concluded. There was also a trend to simplify scam end-pages, with scammers actively shifting towards spreading scam proposals via legitimate platforms such as Facebook and Instagram. The reasons for using social media are simple. First, it’s the best way to inspire trust. Second, social media services are insufficiently moderated. 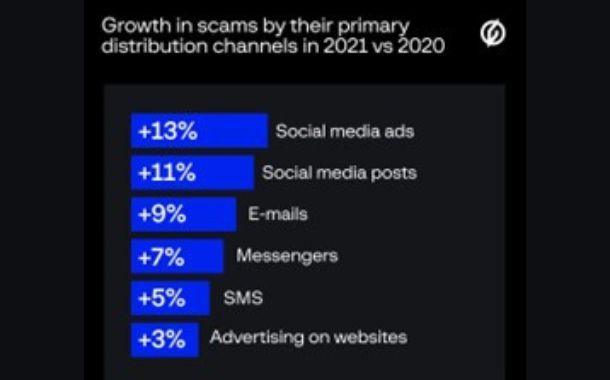 The trends identified by Group-IB experts were also confirmed by the company’s partners that also took part in the Summit. Jorij Abraham, General Manager at Global Anti-Scam Alliance & Scamadviser, said that scammers were quickly becoming more and more professional and that the number of reported scams had increased from 139 to 266 million (93%).

“The number of cybercrimes is growing every year. We must stay ahead of scammers. To do so, anyone involved in the cybersecurity market must share their knowledge and data with each other. Only in this way will we be able to win,” says Global Anti-Scam Alliance & Scamadviser Jorij Abraham. “With the appearance of more data and new technologies such as deepfakes, scams have become very difficult to identify.”

The hype in the public space worldwide for metaverses has been growing, so Group-IB DRP analysts expect the amount of scams in metaverses to increase. The same situation applies to cryptocurrencies and NFTs, where scams are already highly popular. The use of deepfakes and voicefakes will also increase — they are among the most common scam methods. Experts predict that de-anonymization tools will be used for blackmailing and victim personalization.