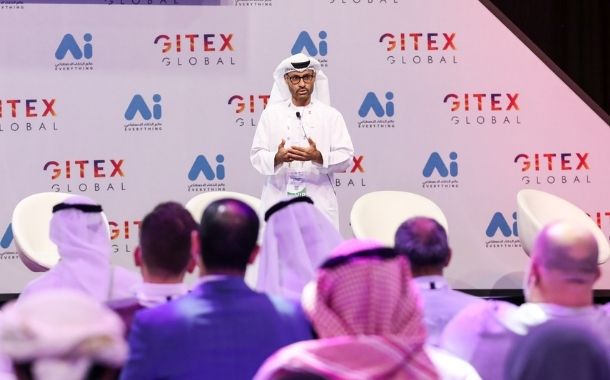 Africa is set to power the world’s digital transformation with its huge young talent base powering an offshore services export revolution with Egypt in pole position and Ghana set to lead on bridging the digital gender divide.

Speaking on the Africa focus opening day of the inaugural Leaders Vision summit, HE Dr Amr S. Talaat, Egypt’s Minister of Communications and IT revealed the country’s ITC Vision 2030 aims to transform the nation into a world-leading digital services exporter.

And Dr Talaat said the vision was already producing results with 3,000 software engineers now exporting services to Europe’s automotive industry with more to come. He told the audience that 2,500 electronic engineers were now working in government design hubs which are collaborating with 50 companies using the hub labs as talent incubators.

In order for artificial intelligence to truly improve the lives of citizens, it must be accessible to everybody, HE Omar bin Sultan Al Olama, UAE Minister of State for Artificial Intelligence, Digital Economy and Remote Working Applications, said in his keynote address on day one of Gitex.

Daniela Rus, Director of Computer Science and Artificial Intelligence Laboratory, MIT, insisted robots and artificial intelligence are our friends not enemies and will enable more creativity among humans.

In her session Empowering Digital Cities with Robots and artificial intelligence – Opportunities and Perils, on day one of the Digital Cities x AI Conference at Gitex Global, Rus outlined the distinct benefits of advanced technology.

“We have recently seen the announcement of the 50 Projects of the UAE, which partly means moving towards an artificial intelligence-based government as we embrace new frontiers. We are all here to collaborate, innovate and come together to tackle the ongoing threat of cyber security.

“We saw during the pandemic how we shift a clear shift towards work from home. The increased dependency on technology over the past 18 months has brought with it a cyber pandemic that is here to stay. There is a clear threat that is happening which is ransomware, and we have seen how much that has impacted us across government and the private sector. Ransomware has really increased in the past six months, and within this year alone seen more than 200% increase at a cost of US$2 Billion to the economy.”

Dubai’s Roads and Transport Authority has revealed an exciting collection of smart initiatives on the first day of Gitex, including projects that qualified for the finals of the Dubai World Challenge for Self-Driving Transport 2021.

Visitors to RTA’s stand at Gitex Global will be introduced to a host of initiatives exhibiting the use of artificial intelligence, including in the monitoring of cycling tracks to measure safety compliance and make Dubai a bicycle-friendly city and at vehicle technical testing centres to detect any malpractices, together with a new model of a journey planner on public buses using smart screens at bus stations.

“By 2030 Egypt will be a digital services export centre backed by available talent,” he said.

“Artificial intelligence is in every single sector and is collecting all of this incredible data. This wealth of data needs to be protected and it needs to be optimised so that we get the services we need. Ultimately, why do we improve technology? It is to improve the lives of every single person,” HE Minister Al Olama said.

“Give machines the operational ‘boring’ tasks. That will free up people to be more creative, do more critical thinking, creative thinking. It’s a lot easier to get a robot into Mars than to clean your desktop.”

“But we need to answer some questions. Questions of ethics, privacy, the distribution of this technology so everyone has access to it. Cities will benefit the most from artificial intelligence, but it shouldn’t just be cities, it needs to be everybody. People in rural areas, people living in suburbs. Everyone should have access to this new technology if we are going to improve lives.”

“It is all about using what people are best at with what robots are best at to answer some of the biggest challenges facing us today,” said Rus.

“People question the future of the workforce, but I am very optimistic. There are issues the workforce is facing but we can’t stop advancing technology. We shouldn’t be scared by computers and robots. The point is that there are aspects that can be improved by machines but only where machines operate. There are so many tasks we do, that machines can’t do.”

“RTA has an integrated roadmap for the future of self-driving transport as well as a master plan for digital transformation to keep pace with the 4th Industrial Revolution. Undertaking such plans responds to the directives of His Highness Sheikh Mohammed bin Rashid Al Maktoum, Vice President, Prime Minister of the UAE and Ruler of Dubai, to transform Dubai into the smartest city in the world. RTA is making headway in implementing the Dubai Strategy for Self-Driving Transport aimed to convert 25% of the total mobility trips in Dubai into smart self-driving transport trips by 2030,” said His Excellency Mattar Mohammed Al Tayer, Director-General, Chairman of the Board of Executive Directors of the Roads and Transport Authority. 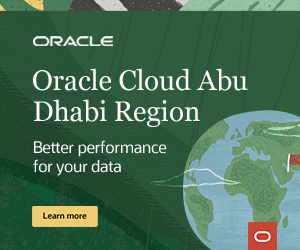