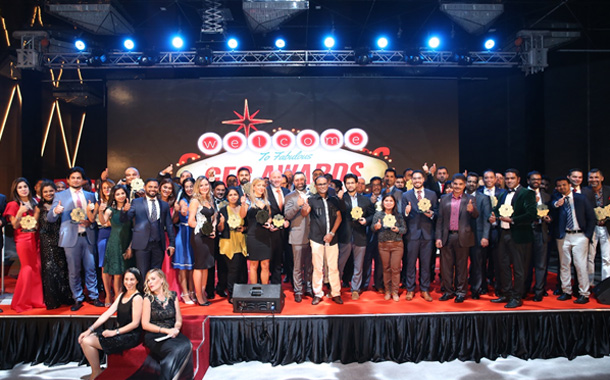 The GEC Awards held on 3rd October at The Rixos Premium Dubai ended on a high note witnessing the gathering of the C – Level Executives and top IT professionals. The ceremony began with the condolences to the people who lost lives at Las Vegas followed by a speech by the Assistant Editor of GEC Media Group, Anushree Dixit who highlighted the fact that the technology has moved on to conceptual technology. “2017 was a year of transformation. It was all about change. GEC Awards 2017 is also about this change. Technology today is so broad that you cannot limit it to categories. Hence we have also moved from categories to concepts and we are happy to be pioneering in this.”

Mr. Tushar Sahoo, MD of GEC Media Group said, “We are pleased to bring to limelight the hard work of deserving organizations through the platform of GEC Awards. I’m delighted at the pleasant response we received and thankful to the IT organizations as well as the government officials who could make it to the event.”

The winners of the GEC awards are as follows –