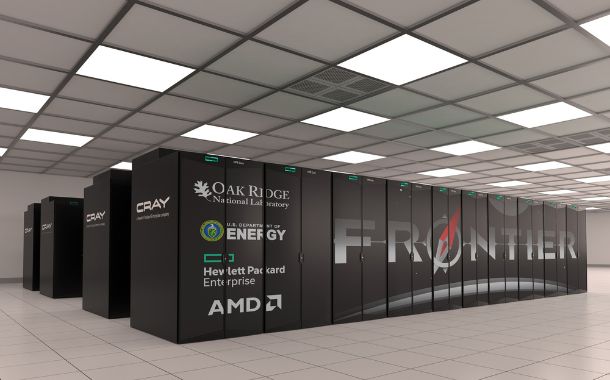 As the most powerful supercomputer in the world, delivering unprecedented performance and advanced capabilities, Frontier will speed up discoveries, make breakthroughs, and address the world’s toughest challenges. The supercomputer, which is more powerful than the next top seven of the world’s largest supercomputers, will allow scientists to model and simulate at an exascale level to solve problems that are 8X more complex, up to 10X faster. Frontier is also expected to reach even higher levels of speed with a theoretical peak performance of 2 exaflops.

The supercomputer will have significant impact in critical areas such as cancer and disease diagnosis and prognosis, drug discovery, renewable energy, and new materials to create safer and sustainable products.

“Today’s debut of the Frontier exascale supercomputer delivers a breakthrough of speed and performance, and will give us the opportunity to answer questions we never knew to ask,” said Justin Hotard, executive vice president and general manager, HPC & AI, at HPE. “Frontier is a first-of-its-kind system that was envisioned by technologists, scientists and researchers to unleash a new level of capability to deliver open science, AI and other breakthroughs, that will benefit humanity. We are proud of this moment, which continues the United States’ leadership in supercomputing, now including exascale, made possible by the ongoing public and private partnership between the U.S. Department of Energy, Oak Ridge National Laboratory, HPE, and AMD.”

The new exascale supercomputer, which is more powerful than the world’s next seven largest supercomputers combined, is dedicated to open science, allowing researchers, scientists, and engineers from a variety of public and private institutions, to leverage Frontier.

In addition to modeling and simulating complex scientific research, across biological, physical and chemical sciences, with higher resolution, Frontier will also enable dramatic breakthroughs in AI. At an exascale speed, Frontier’s users can develop AI models that are 4.5X faster and 8X larger, allowing to train more data that can increase predictability and speed time-to-discovery.

“When researchers gain access to the fully operational Frontier system later this year, it will mark the culmination of work that began over three years ago involving hundreds of talented people across the Department of Energy and our industry partners at HPE and AMD,” said Jeff Nichols, associate lab director, Computing and Computational Sciences, Oak Ridge National Laboratory.  “Scientists and engineers from around the world will put these extraordinary computing speeds to work to solve some of the most challenging questions of our era, and many will begin their exploration on Day One.”

HPE designed and built Frontier with the following state-of-the-art technologies, delivered through the HPE Cray EX supercomputers, to offer dramatically higher performance to model and simulate at a new level, and target new applications in AI and machine learning to increase accuracy faster and more efficiently: 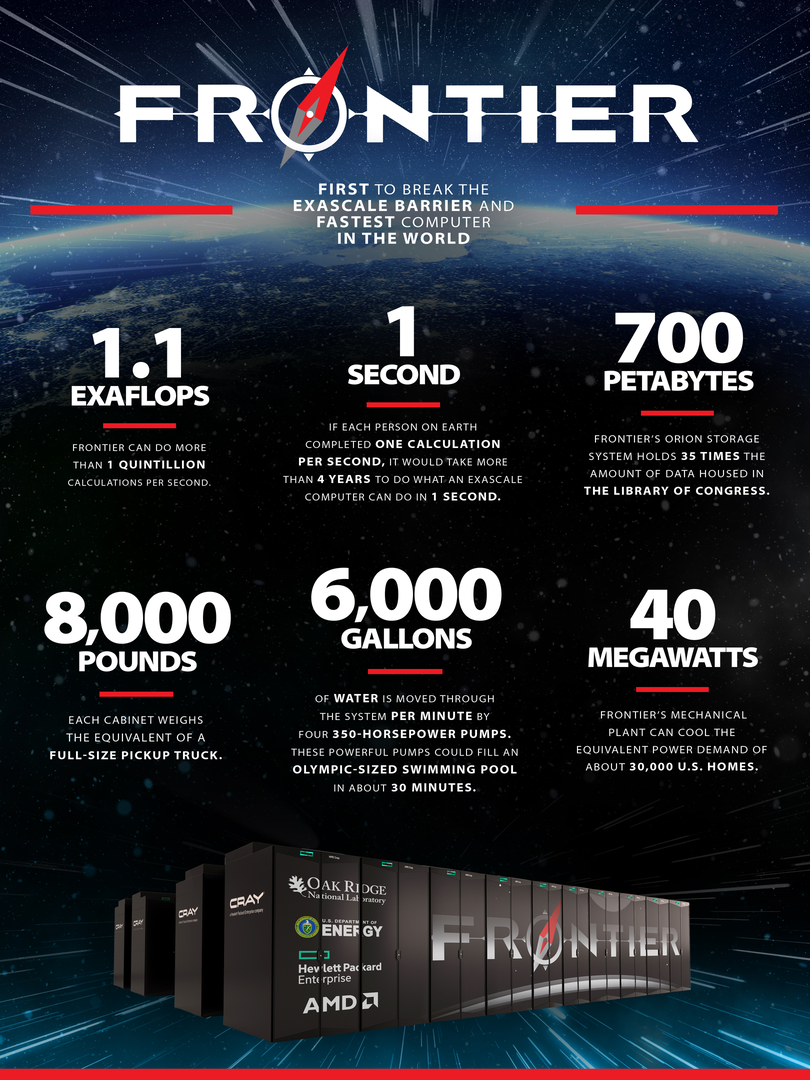