Impact of Ramadan on Internet traffic in Middle East and Asia 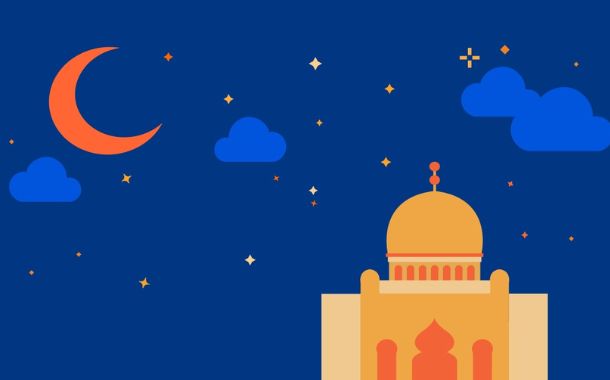 What happens to the Internet traffic in countries where many observe Ramadan? Depending on the country, there are clear shifts and changing patterns in Internet use, particularly before dawn and after sunset.

This year, Ramadan started on April 2, and it continued until May 1, 2022, dates vary and are dependent on the appearance of the crescent moon. For Muslims, it is a period of introspection, communal prayer and also of fasting every day from dawn to sunset. That means that people only eat at night – Iftar is the first meal after sunset that breaks the fast and often also a family or community event, and also before sunrise Suhur.

In some countries, the impact is so big that you can see in Internet traffic charts when the sun sets. Sunrise is more difficult to check in the charts, but in the countries more impacted, people wake up much earlier than usual and were using the Internet in the early morning because of that.

Afghanistan, Pakistan, Indonesia, Morocco, Libya and Turkey had the biggest impact in an increase in traffic before sunrise. After sunset, it was by order of impact Saudi Arabia, Tunisia, Bangladesh, Pakistan that showed a clear decrease in traffic after sunset.

There’s a clear pattern in most of the countries, Internet traffic was much higher than usual between 04:00 to 04:59 local time whereas usually it is the time with the lowest traffic.

Saudi Arabia shows a similar pattern in terms of Internet traffic on Sunday, April 3, 2022, sunrise was at 05:44, and there was 55% more Internet use than at the same time on the previous Sunday, before Ramadan.

The short answer is that it depends on the country, given that there are examples of a  general increase and decrease in traffic in the most impacted countries. We see similar trends for the sunset and sunrise times of day, but it is a different story throughout the 30 days of Ramadan.

Iran, in general, shows an increase in traffic after Ramadan started on April 2, and a decrease after it ended on May 3 of around 15%.

The opposite happens in Libya, where traffic, generally speaking, declined during Ramadan and picked up after — comparing Wednesday, May 4, 2022, with the previous one during the 19:00 to 19:59 hour, traffic grew around 48%. The same trend is seen in another North African country: Morocco growth of 44% after Ramadan ended.

Another pattern, unsurprisingly, is how the sunset period changes when Ramadan and the holiday that follows ends, in most cases clearly increasing traffic at around 18:00 or 19:00.

Of the 16 countries with a bigger Ramadan impact, only four had a decrease in traffic after sunset on 04 May: Iran, Indonesia, Saudi Arabia and Malaysia. All of these countries had an increase or sustained traffic in daily traffic during Ramadan and lost daily Internet usage after it ended in May.

A zoomed-in Indonesia chart after Ramadan ended 01 May, shows not only the general decrease in traffic, but also how the sunset period does not have a clear drop in requests as seen in the Ramadan period.

Ramadan has a clear impact on Internet traffic patterns as humans change their habits. The Internet may be the network of networks, where there are many bots friendly and less friendly, but it continues to be a human-powered network, made by humans for humans.

Summary of Internet traffic during Ramadan in various countries

In the table, we show country ranking by order of impact. Here, we include traffic changes before dawn and after sunset. In the last column, you can also see the change in traffic after Ramadan ended, right after sunset. In this case, we are looking at 04 May, right after the Eid al-Fitr, with 02-03 May, a holiday of breaking the fast, in a comparison with the previous Wednesday at the same time when Ramadan was ongoing.

Analysis by Cloudflare Radar indicates how Internet traffic varies around the period of sunrise and sunset during Ramadan and after Eid al-Fitr.