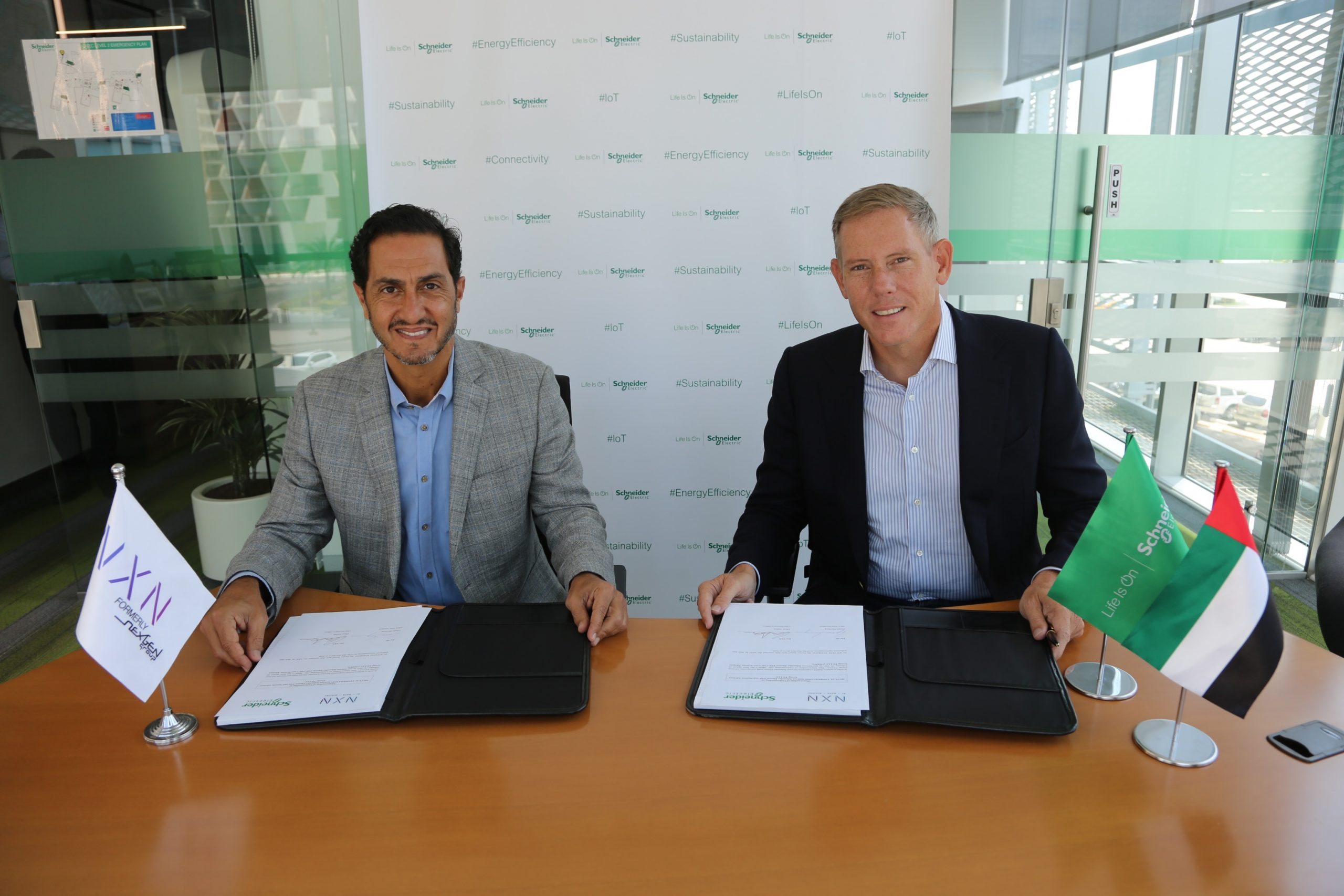 Schneider Electric, the global leader in the digital transformation of energy management and automation, and NXN, a leading provider of end-to-end smart digital services for digital transformation in the smart cities sector, have announced a partnership to deliver advanced solutions for the Arabian Gulf’s urban ecosystems. The two companies will collaborate across a variety of technologies for the real estate industry and national smart city initiatives, whilst supporting the Gulf’s developers and governments to implement digital transformation programmes.

States across the Gulf have embarked on national initiatives to transform their countries into knowledge-based economies. Smart cities are at the heart of these plans and are helping the region’s governments develop urban environments that are greener, more sustainable, more business-friendly, and promote well-being for citizens and residents.

Via the partnership, Schneider Electric and NXN will identify and collaborate on business opportunities in the domain of digital transformation, including developing solutions for smart buildings, smart districts, smart cities and large-scale development projects. The two companies will cooperate on initiatives to bring benefits for smart home automation, building analytics, energy metering and management, security, and digital community platforms.

NXN is a pioneer in providing smart city services and solutions. The company’s deep expertise in industry consulting, data and technology helps governments identify the strategies, digital solutions and services that cities need to overcome administrative, financial and resource limitations. Schneider Electric’s IoT-enabled operating technologies help to make smart cities more efficient, resilient and sustainable. Together, the two companies will work together with governments to accelerate the roll out of smart city projects across the Gulf.

“Smart cities are the future of how we will live, both globally and in the Gulf,” said Caspar Herzberg, President for the Middle East and Africa at Schneider Electric. “Cities cover only around 3% of the Earth’s land, but they produce around 72% of its total greenhouse gas emissions. We can turn this around and create urban spaces which are both green and smart. NXN is a proven leader in the smart city technology space across the Gulf, and by partnering with them we believe that we’ll be better able to work with the region’s governments to build cities that are both sustainable and technologically advanced.”

The Gulf states are investing heavily in the development of smart cities, with Saudi Arabia and the UAE being widely recognized as global leaders in the field. Saudi Arabia has embarked on a number of major projects, including the US$500bn mega-city NEOM and THE LINE, a 100-mile belt of zero-energy communities for a million people. The UAE has developed several smart cities, including Masdar City, which has become one of the world’s most sustainable urban developments. Last month, Dubai revealed that sustainability is at the core of the city’s 2040 master plan.

Meanwhile, Bahrain’s smart city projects include Bahrain Bay, a US$2.5 billion waterfront development, and Qatar’s US$45 billion Lusail City is known as the country’s ‘Future City’. Oman is piloting smart city technologies at Knowledge Oasis Muscat, and Kuwait’s 2035 Vision is built around initiatives such as the South Saad Al Abdullah smart city.